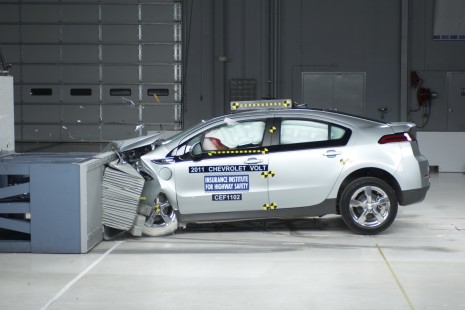 When I first heard of the “Chevy Volt” I went on Godaddy and bought the domain name “chevyvolt.org” — I would have bought “chevyvolt.com”, but it wasn’t available. GM had already bought it.

I worked on chevyvolt.org for almost two years, as a fan site, adding content to it and creating a robust site that became the 5th result on google search for “chevy volt”.

The site featured a single google ad, that netted me about $30 a day in revenue (about $10,000 a year). I also maintained a facebook group for the site that has over 1500 members.

Sometime late 2010, I started receiving phone-book sized packets in the mail from General Motors’ legal team suing me for violating their copyrights.

I tried reading some of the stuff they were sending me, but I could barely understand any of it. All I knew was they wanted to take my domain “chevyvolt.org” from me, which I thought was greatly unfair.

When I first went to register the domain, GM had already had an ample opportunity to register it themselves. They did not. It wasn’t like I swiped the domain name right from under them. I just simply chose a name to represent a product that I was thought was going to change the American auto industry. The first American made electric car.

I also find it distasteful that they waited until my domain became popular (5th on google) before they decided to take legal action.

But whatever, I thought. I can not match the legal power of GM, I couldn’t even read or understand their legal documents for crying out loud. I tried contacting them via email because they also sent me a lot of documents via email, but they never responded. I am not sure why. Maybe it was because of my informal tone?

Anyways. Fast forward a couple of months, and I suddenly see a $30 something odd dollar charge on one of my credit cards from GoDaddy. I went to check on it and it turned out GoDaddy has decided to charge me a service fee for the pleasure of revoking my domain.

I wouldn’t be so upset by this move by GoDaddy if they had notified me in advance, or provide me with a good reason why it’s necessary to charge me $30 for something that has absolutely no benefit to me, and that I did not in anyway request.

What’s worst, they billed a random credit card I had on file that I once used to buy a domain. I never authorized the credit card to be used for random service charges. I actually did not even know they had my credit card on file, since I mainly used paypal to pay for godaddy related payments.

This was rather infuriating to me. I went through GoDaddy and deleted as much information as I could about my payment history. Then I started the process of transferring all of my domains out of GoDaddy. Tthis is partly one of the reasons why it took me so long to write this blog entry — I wanted to wait until all my important domains are off of GoDaddy before I rebuke them.

So any how. I no longer own chevyvolt.org, even though it was my hard work that made it popular. I moved all the content to http://electriccarsmpg.com/ for historical sake. But’s thats the story. Hoped you enjoyed it.

Somedays I still wish that GM had offered to buy my domain from me instead of taking legal actions. I estimate it costed them anywhere between $10K – $20K in legal and processing to fees to steal my domain. I would have easily sold them my domain for a piece of that. I think that would have been a fair trade off for almost two years worth of work.